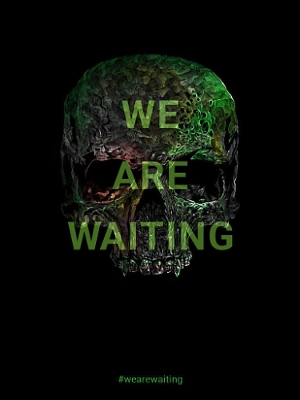 By Big Fish, Special for  USDR

Three Minute Games and Big Fish are pleased to announce the release of Lifeline: Flatline, the next chapter in the acclaimed Green series. The highly anticipated Flatline, a suspenseful interactive horror game, will arrive on iOS and Android devices worldwide in late October. Flatline features an interactive story by award-winning author Daryl Gregory (We Are All Completely Fine, Pandemonium) and an original score by Norman Fairbanks (Lifeline: Bloodline, the Rhone Ambassadors Series). Players will venture deep into a mysterious scientific facility where Wynn has just awoken, strapped to a hospital bed, with no memory, and armed only with the knowledge that she must escape. Players must help Wynn survive through a series of difficult choices with real-time feedback from her heart rate and pulse monitors punctuating every chilling moment. Decisions have real consequences that could lead Wynn to safety or to an untimely  end.

“Everyone on the 3 Minute Games team could not wait to get Flatline into the hands of Lifeline fans. It is the most suspenseful Lifeline yet and reveals a darker side to the Greens than ever seen before. We really hope our fans connect with Wynn like they did with Taylor in the original  Lifeline.” Lifeline, the first entry in the Green series, was released in 2014 and quickly skyrocketed to the #1 spot on Apple Watch and iOS. A release for Android followed soon after, receiving equal fan acclaim. Lifeline: Bloodline, Lifeline: Silent Night, and Lifeline: Crisis Line were released as follow-ups to the Green Series in 2015 and 2016. A second series, Lifeline: Whiteout, was added to the brand in 2016. The series has received overwhelming support from players and reviewers and all of the games are available on Android and iOS right  now.

About Big  Fish
Founded in 2002, Big Fish is the world’s largest producer and distributor of casual games, delivering fun to millions of people around the world.  Through its mobile and online distribution platforms, Big Fish has distributed more than 2.5 billion games to customers in 150 countries from a growing catalogue of 450+ unique mobile games and 3,500+ unique PC games. After successfully transitioning from a PC-centric to a mobile-centric company, Big Fish has emerged as a top grossing mobile publisher worldwide with a portfolio that includes the #1 mobile social casino game, Big Fish Casino. The company is headquartered in Seattle, WA, with regional offices in Oakland, CA, and  Luxembourg.