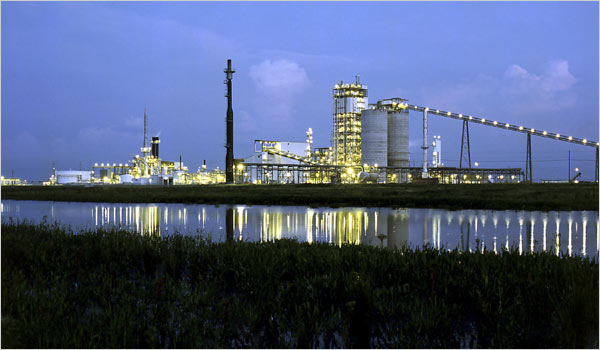 Each year, Petrochemical Update sponsors the Downstream Conference & Exhibition. Billed as the “World’s Largest” such conference, it brings together people from various aspects of petrochemicals production, from engineering and construction to supply chain and logistics, to discuss the issues, challenges, and opportunities facing the industry.

One challenge facing the petrochemicals industry is the continuing – and escalating – trade wars initiated by United States President Donald J. Trump. The issue has been one of considerable concern in many industries, especially the heretofore booming US petrochemical sector. The topic has been featured significantly in discussions at various industry conferences as the imposed tariffs – and the retaliatory tariffs imposed by other nations, especially China – target and threaten the petrochemical renaissance in the United States that has been fueled by fracking and the resultant the shale gas boom.

Speaking on this subject at Downstream 2019 was Ed Brzytwa. A former government trade negotiator in the office of the United States Trade Representative under the George W. Bush and Barack Obama Administrations, Brzytwa is now advocating for improved trade conditions for the American Chemistry Council (ACC), an industry group that represents companies “engaged in the business of chemistry”.

While Article I, Section 8 gives Congress “the power to lay and collect taxes, duties, imposts, and excises”, Brzytwa explained that Section 232 of the Trade Expansion Act of 1962 authorizes the President to “adjust the imports of an article and its derivatives” if they “threaten to impair the national security”. It is this national security authority that President Trump has been using as justification to unilaterally enact tariffs on imported goods, services, and raw materials from all over the world – even in areas where market penetration of imports in the US economy is small.

Brzytwa characterized the following as pillars of the Trump trade policy: the US, and particularly manufacturing, has been hurt by current trade agreements; bilateral agreements are preferable to multilateral; and that tariffs are both a tool for negotiation and a solution to his perceived ills.

US petrochemicals comprise a $533 billion industry. The aforementioned growth has resulted in $204B in announced capital investment (CAPEX) over the past 10 years in the sector, with 35% of that construction complete, 20% currently under construction, and the rest awaiting final investment decision (FID). Brzytwa noted that about $66 billion of the CAPEX investment is in plastics, an area which China has targeted for retaliatory tariffs that reduced American petrochemical and plastics exports to China by nearly ¼ in 2018 and that the ACC claims “threatens to cast a shadow over the wave of new chemical industry investment”, while disrupting global supply chains and threatening the American manufacturing sector that the President is claiming to try to protect.

The good news is that the President has negotiated the successor to NAFTA, the USMCA. While many of the aspects are a step backward, the American Chemistry Council and the petrochemical industry in general support its ratification. The USMCA modernizes Rules of Origin, facilitates digital trade, and continues a strong partnership with Canada and Mexico that is particularly beneficial to the industry: 32% of all US petrochemicals exports are to Canada and Mexico, while 8% go to China; however, much of the US growth is targeted towards China’s expanding economy. Unfortunately, none of the three signatories’ respective legislatures has yet ratified the agreement, and Brzytwa said that “failure to pass USMCA will cost billions”.

The other big trade issue on the horizon for petrochemicals is the Trump Administration’s proposed automobile tariffs. Recently delayed for 6 months, the tariffs would impact petrochemicals significantly, as automobile manufacturing is one of the largest end-users of chemical products: nearly $3,000 of the cost of every vehicle is related to chemistry, according to the ACC.

The American petrochemical industry has an uphill battle against the harmful trade wars, but they aren’t fighting alone: recently, over 600 American companies and trade associations – including the ACC as a signatory along with retail companies such as Walmart and Costco – sent a letter to President Trump asking for an end to the tariffs, claiming a cost of $2,000 to each American family and a loss in US GDP growth by 1.0%. The coming months will be important in the future of the American manufacturing industry – including petrochemicals manufacturing – and their ability to trade worldwide.