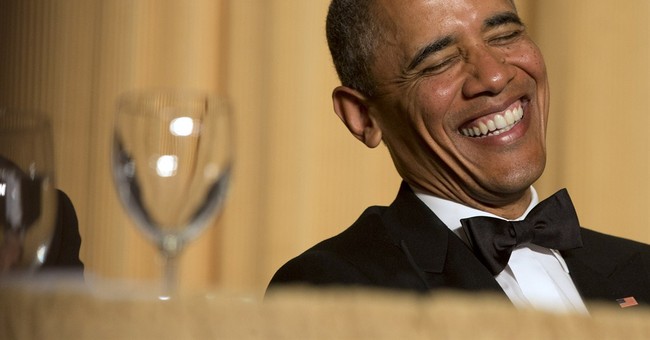 Barack Obama’s brother-in-law was just fired after six seasons as head basketball coach at Oregon State. It’s wonderful to hear the words “fired” and “Obama” in the same sentence. Unfortunately for America, the wrong member of the Obama family was canned after six failing years.

If ever there was a case to fire a CEO, it’s Barack Obama. Why should running an economy be any different than running a sports team? Both are about results. Winning.

In sports, if you’re not winning, there are no excuses. Obama’s brother-in-law could not use the excuse that after six seasons, it was the fault of “the last guy.” Why should the President of the United States be held to different standards? This isn’t sports. This is serious stuff- life and death. Why should a President be allowed to make excuses after six long years of failure?

It’s time to hold our President accountable, just like his brother-in-law. Heck, the Detroit Pistons of the NBA fired their head coach earlier this year- in the middle of his first season. They didn’t accept the excuse that he was dealing with the problems of “the last guy.” Well the city of Detroit went bankrupt with Obama as President. Obama’s record of failure makes the Detroit Pistons look like world champions.

So let’s examine Obama’s record as “head coach” of the U.S. economy.

China is set too pass America as the world’s #1 economy. THIS YEAR.
http://www.dailymail.co.uk/news/article-2616806/American-dollar-hits-wall-China-prepares-leap-place-worlds-largest-economy-end-year.html

What an embarrassment. The USA has had the unchallenged #1 economy in world since 1872 (when we passed UK). 1872. Eighteen hundred and seventy two. Let that sink in for a while. 142 years of world dominance erased in only six years under one man’s leadership.