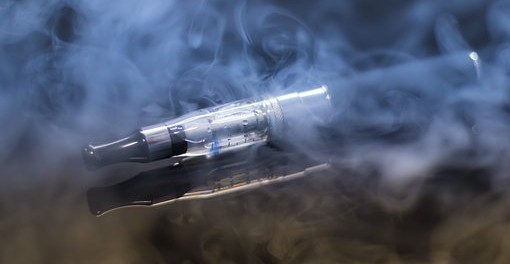 If you’re a smoker and are just transitioning to e-cigs, understanding the difference between all the different models on the market can be daunting. There are literally thousands of models to choose from, all with their own specificities, pros, and cons. But once you have the basics down, finding the right device for you becomes a breeze. Here are some of the main types of e-cigs available on the  market.

These types of e-cigs were particularly popular when e-cigs were just being introduced. As a matter of fact, they are often called first generation e-cigs because they were the first ones on the market. Just like their name implies, “cigalike” e-cigs, or two-pieces as they’re often referred to, are the closest thing you’re going to get to a cigarette in electronic  form.

Among all the different e-Cigarette types, these are by far the easiest to use or maintain. They are usually comprised of two elements, which is where the name “two-piece” comes from. One part is known as the cartomizer, which contains the cartridge and the heated element. The larger part of the e-cig is where the battery is located. All you have to do charge the battery up, attach the cartomizer and start vaping away. It’s that  simple.

For a long period of time, cigalikes were the only types of e-cigs you could find on the market and there are still somewhat popular, especially for people switching from regular cigarettes who still want to replicate the experience. You can buy pre-filled e-cig cartridges and pop them in your cartomizer. Some models also allow you to add your own liquid. The coil in the cartomizer will then heat up the cartridge and produce the  vapor.

These units are really fun to use. All you have to do is keep cartridges and a full battery wherever you go, and you’re set. They actually replicate the experience of smoking an actual cigarette and don’t attract as much attention in public when using  them.

If you’re one of those people who want to deal with the least maintenance possible, then these are recommended. And cartridges are becoming cheaper and cheaper as well. There are no adjustments to make and you don’t have to worry about mixing anything, and they cost way cheaper than regular cigarettes. Each e-cig cartridge represents roughly between one and a half and two cigarette packs. Each one will give you around 300 to 400  pulls.

While cigalikes where prominent for a long time, they did have their set of limitations that made them somewhat inconvenient. Ego-style e-cigs improved on a lot of these flaws and fast took  over.

Also, these types of e-Cigarettes will allow you to use them the whole day through on a single charge. They also give you much more control over your vaping experience. If you buy a cigalike e-cig and you’re dissatisfied with the vapor production, then you’re stuck with it. Most ego-style models allow you to adjust the voltage as you wish so you can control the harshness of the vapor or control the amount of vapor that is  produced.

Ego-type e-cigs are composed of a battery, tank, and atomizer. What differentiates them from cigalikes is that the atomizer and the tank are two separates pieces. This gives you the advantage to replace the atomizer whenever you like without having to change the tank as well. And they offer a lot of flexibility when it comes to battery types. You can go for a smaller, more comfortable unit with less capacity or a bigger one that could last you for  days.

But for some people, ego-style e-cigs do not give them the amount of control they would like. That’s why modded devices and e-cig mods are all the rage right now. While mods and modded devices are different, anything that veers away from traditional models will usually be referred to as a  mod.

When talking about vaping mods, there are several components to consider. First, you have your tanks that are quite similar to the clearomizer you’ll find on ego-style e-cigs and are responsible for holding the liquid in. Those that use factory coils are usually divided into two distinct categories: sub ohm tanks and above ohm, or standard, tanks. Above ohm tanks use atomizers with a resistance of over 1 ohm while sub ohms tanks are those that allow coils with under 1 ohm of resistance. Some tanks will even allow you to build your own  coils.

Next, you have the battery. There are endless of battery/box options out there in tons of varieties, so the list is practically endless. Some of these mods will allow you to control voltage like ego-style e-cigs do, but will also give you control over wattage too. And many now offer temperature control as well instead of just voltage and  wattage.

While mods are usually the choice of most seasoned vapors, they can improve the experience for anyone. If you don’t know which mod to pick, you can check out sites that review various models and take a look at their specs. If you want to check out some reviews of the most recent mods, click here to see page. Mods are the most advanced types of e-cigs, but they’re definitely much more convenient than other options with all factors  considered.

There are tons of different options available to vapers. It’s up to you to choose one based on your needs, budget, and expectations. If in doubt, speak to an expert at your nearest vaping store or ask other vapers  online.