The report titled “The Impact of the Low Carbon Fuel Standard and Cap-and-Trade Programs on California Retail Diesel Prices” demonstrates the effect that CARB’s regulatory actions will have on the state’s retail diesel future leading to a $6.69 per gallon price tag. 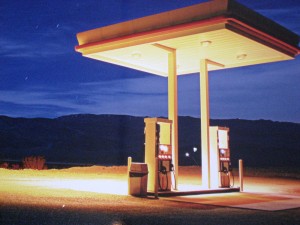 The study, prepared by Stonebridge Associates, Inc., finds that by 2020 CARB’s Low Carbon Fuel Standard (LCFS) in combination with the questionable AB 32 Cap-and-Trade Program could increase the price of diesel fuel by $2.22 per gallon. That would represent more than a 50 percent increase in the price of diesel fuel and a shocking $6.69 per gallon at the retail pump. The average price difference between California and neighboring states would be $2.33 per gallon when accounting for taxes.

“CTA is supportive of the production and use of alternative fuels, but the cost gap between CARB’s Low Carbon Fuel Standard and the diesel fuel that the other forty-nine states will continue to use is unacceptable,” said Scott Blevins, President of Mountain Valley Express and 2012 CTA President. “This is a serious setback for any business dependent on diesel fuel for its operations.

“State regulators need to step down from their ‘ivory tower’ and understand the impact of these unfair policies on Californiatruckers,” stated Scott Blevins. “CARB’s blind pursuit of policies that will drive many California-based trucking companies out of state or out of business should be of great concern to all Californians.”

The report goes on to say that these diesel fuel price increases of this magnitude will cast an even wider net affecting food, fuel, clothing and other essential services transported by trucks.

“It simply makes no sense that here in California where we wake up every day to double-digit unemployment, businesses struggling to keep their doors open or wheels turning that CARB would intentionally impose policies that makes fuel more expensive,” said Michael Campbell, Executive Vice President and CEO of the California Trucking Association. “Higher fuel prices create an incentive for companies to fuel up outside of our state costing us jobs that provide for our families and critical tax dollars that fund our roads and transit programs.”