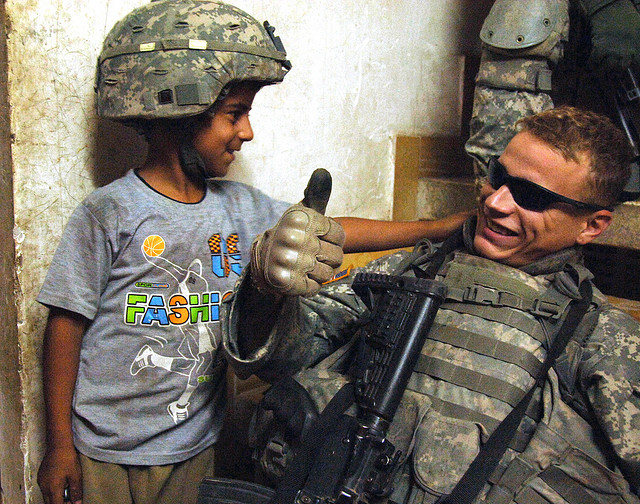 Photo courtesy of The US Army

Recently a national, multi-faith coalition of 103 organizations and religious leaders – representing millions of Americans – sent a letter to President Obama calling for continued American military and humanitarian intervention in Northern Iraq in response to “a serious genocidal threat” posed by the Islamic State.

It represents the first major multi-faith statement of support for recent U.S. humanitarian and military intervention in Northern Iraq.

The diverse members of the coalition – assembled by Jewish World Watch – range from the National Association of Evangelicals to the Armenian Church of North America to the Council on American-Islamic Relations (CAIR) to the Jewish Council for Public Affairs, encompassing Jews, Christians, Muslims, Hindus, and other faith communities.

People of conscience across the country are now adding their voices to the letter through an online petition.

“This letter sends a powerful message that America’s faith community is firmly behind the U.S. government’s efforts to safeguard the millions in Iraq now facing mass atrocities at the hands of the Islamic State,” said Janice Kamenir-Reznik, the co-founder and President of Jewish World Watch.

“Our common humanity binds us to the innocents who are threatened. We believe that more can – and should – be done to protect them.”

The letter urged further action to protect Yazidis who remain trapped on Mt. Sinjar, stating, “Reports by an assessment team sent by your Administration that the siege on Mt. Sinjar is effectively over have been fiercely contradicted by Yazidi leaders, relief agencies and UN officials. These leaders claim that tens of thousands of Yazidi lives still hang precariously in the balance.”

In addition to calling for immediate intervention to protect Iraq’s Yazidis, the coalition is advocating for a unified global strategy to address the country’s multitude of issues.

This includes providing a solution for Iraq’s 1.4 million internally displaced Iraqis – and leveraging international sanctions and a new UN Security Council resolution to prevent the financing of the Islamic State and other groups causing instability in the region.