Despite continuing economic sluggishness, a new national survey by Visa Inc. shows that when it comes to high school proms, Americans appear to be willing to spend ever increasing amounts. American families who have teenagers will spend an average of $1,078 each on the prom, a 33.6% boost over the $807 spent in 2011. 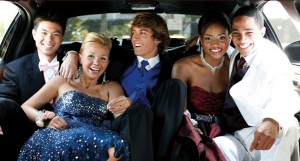 “Prom season spending is spiraling out of control as teens continuously try to one-up each other,” said Jason Alderman, Senior Director of Global Financial Education, Visa Inc.  “It’s important to remember that the prom is a high school dance, not a wedding, and parents need to set limits in order to demonstrate financial responsibility.”

The prom spending data also revealed some interesting regional and income level disparities.  Families in the Northeast will spend twice as much as every other region of the country.  Regionally, the survey found:

One troubling statistic is that parents surveyed who fell in the lowest income brackets (less than $50,000) plan to spend more than the national average – $1,307.  Breaking down the spending by family income, the survey found:

The Visa survey also found that parents are planning to pay for 61% of prom costs while their teens are only covering the remaining 39%.

“One of the reasons that prom spending may be running amok is that parents are paying the vast majority of the costs, giving teens little incentive to economize,” Alderman added.

To save on prom costs, here are a few ideas:

*The survey results are based on 1,000 telephone interviews conducted nationally from March 30 – April 1 in cooperation with GfK Roper OmniTel.