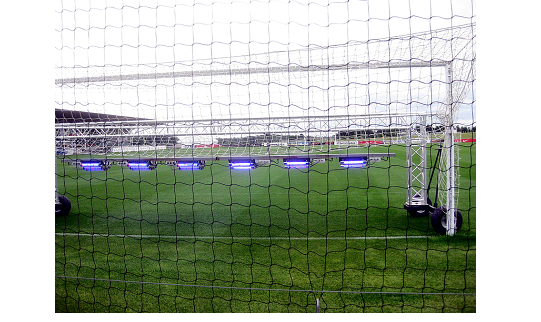 As with any technological change in any major sport, the introduction of goal line technology into the FIFA World Cup has caused a bit of a ruckus. This is in large part because traditionalists want the game to stay pure and true, and the argument has become quite widespread.

There are good points on both sides of the issue, so for those die-hard soccer fans, here are three reasons for and three reasons against the use of goal line technology in FIFA World Cup 2014 and discuss their validity.

Need I even mention Frank Lampard or England’s 2010 World Cup bid? I don’t think so. If anyone in England doubted the need for Goal Line Technology (GLT) before June 27, I doubt many did after that date. For the uninitiated, the England national team was basically robbed of a goal in a game that wouldn’t have gone to them had they gotten it anyway. However, it’s the most shining example in recent history of the potential egregiousness of human error.

This is currently the best argument going for the use of GLT in professional soccer. It directly assesses a problem and responds to it in a meaningful and effective way

An argument against the introduction of GLT is that we’ll simply be supplanting human error with technological error. As the reasoning goes, we’ll become complacent and unable to realize that the machines were wrong. “This could even open up the possibility of match rigging!” they say.

The possibility of error will likely be diminished and the professional referee is still going to be paid to do his job; he’ll simply be able to focus on other things. However, should the technology prove to cause more problems than a lack of technology did, we could always remove it. 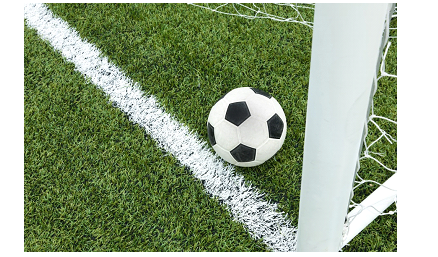 As our technology improves, it only seems natural for us to apply that technology to sports. There is an argument for modernization that is rarely articulated but distinctly present in any conversation about updating technology, whether it’s about updates in schools or sports. We’re living in an age where technology and design are taking precedence over other solutions. Instead of wastefully hiring a pair of goal-specific assistant referees who are susceptible to human error, we design a complex computer system. By updating the technology used in the game, we update the game.
Some may say the only virtue of creating more complex, technological systems is that we fool ourselves into thinking we’re more advanced, but then again, maybe we are more advanced. Isn’t technology a large part of what made the Romans such a dominant society during both the Republic and the Empire? Yes, yes it was.

Part of the beauty of the game of soccer is that there are so few rules, and that the game is simple. The greatest moments in the game all came because the players were given the room to perform incredible feats of skill and teamwork.
Compared to something like American Football, there is a chaotic fluidity. It’s just 22 people on a field with a ball and two goals. I actually agree with this one; my main worry is that in trying to improve the game, some of what makes it great may be lost.

One of the most aggravating parts of watching a match from home is that you’ve got access to information that the officials, players, coaches and spectators don’t have. It’s also one of the most rewarding because you’re given an almost omniscient perspective on everything that’s happening. However, the disparity in knowledge leads to moments of complete powerlessness. What happens in that moment is that we wish the people with power, like coaches and referees, knew what we know; now, at least in this small way, they will.

Ten kids on a beach in Tonga can play soccer with a ball of string as easily as 10 kids in Manchester who happen to get paid quite a lot of money. With the introduction of Goal Line Technology there’s just another way that the pros become divergent. What effect does this have on the young and aspiring? Theoretically it could discourage the avidness of play among youth. This would be a travesty because it would not only decrease the popularity of the game but the fun had as well.

If the popularity of playing the game diminishes, the base of future players will also diminish, thereby making the quality of players lower. If the quality of play is lower, the viewership decreases. In this way it could be bad for the sport as a whole. However, I’m guessing children will simply continue arguing about contested goals but with the addition of some new material. I know when I was a kid, I wasn’t any less likely to play just because there was no professional referee or camera man.