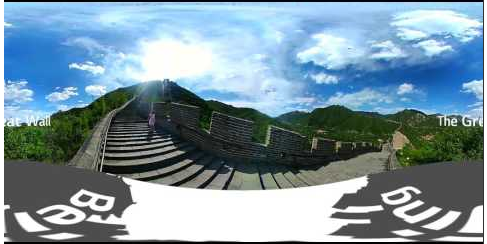 Employing the versatility of the LG 360 CAM, the two minute 360-degree video depicts famous landmarks in a new light and serves as a call to action for viewers to play a more active role in protecting the valuable heritage around  them.

World Environment Day on June 5 is the United Nations’ most important day for encouraging worldwide awareness and action for the protection of our environment. LG employees around the world will participate in thousands of person-hours of volunteer activities today and next week to give back to local communities and show solidarity with the goals of UN World Environment Day, celebrated every June 5 since  2010.

“The United Nations’ World Environment Day represents a time to come together and protect what matters most,” said Lee Choong-hak, LG Electronics executive vice president. “By using these advanced tools to capture the world’s most famous heritage sites from a new angle, we seek to inspire today’s citizens to protect these wonderful treasures for generations to  come.”

Featuring key landmarks such as the Statue of Liberty, Eiffel Tower, Red Square, Great Wall of China, Sydney Opera House, and Seoul Changdeok Palace, the LG World Environment Day video aligns with the growing demand on social media for VR content. The power of 360-degree video takes viewers beyond the limitations of their devices and provides an exciting glimpse into the future of interactive  content.

Immersive 360-degree images and videos on leading social media platforms are expanding at an exponential rate. Facebook reported that over 20,000 360-degree videos have been uploaded since the format was first supported, with hundreds more being added each  day.

Each site was captured in 360 by LG employees using the 360 CAM with the flagship LG G5 smartphone. The LG 360 CAM features two 13 MP cameras which combine to capture images and videos from all directions. The camera’s small size and light weight make it extremely portable, while its long-lasting 1,200 mAh battery gives users the ability to shoot up to 70 minutes of video between  charges.