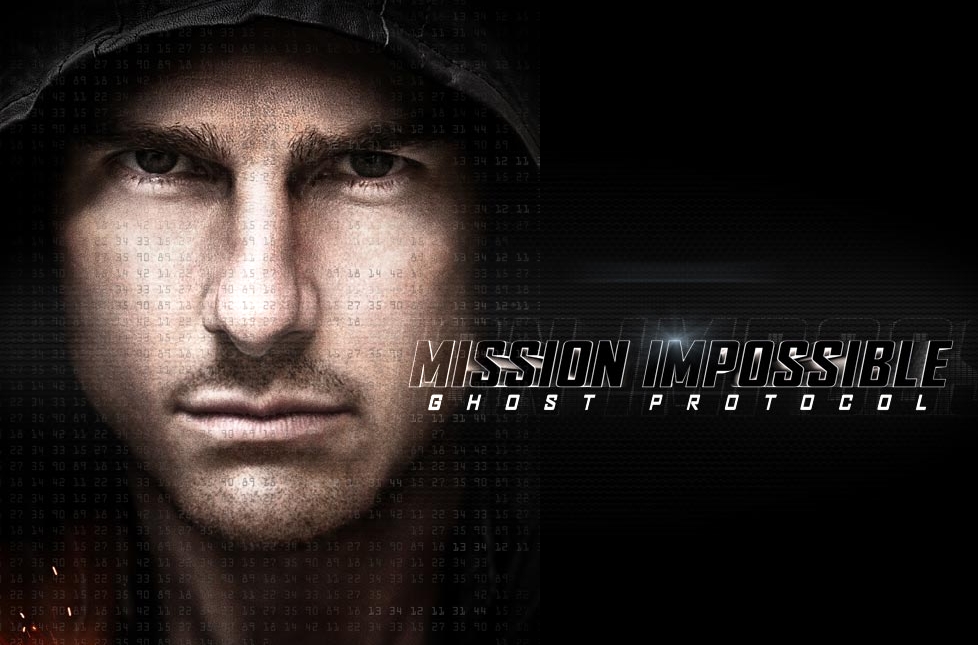 Ethan Hunt, played by Tom Cruise, begins the movie in a Russian prison. Natch, the MI team break him out in spectacular fashion and the hunt is on.

Their first mission takes them to the Kremlin where they cross paths with the ultimate madman, one who wants to start a worldwide nuclear war. Of course, the Kremlin gets blown up by the bad guy, and America is blamed. Ghost protocol is implemented, the IMF (Impossible Missions Force) is disbanded, the MI operatives disavowed and the Secretary of the IMF dead.

Their mission, should they choose to accept it, is to track down the bad guy, retrieve the nuclear codes and stop a worldwide nuclear war. Just another day at work for Ethan Hunt. Oh, did I mention that’s with no backup, no money, no assistance? They are all that is left of the IMF, and they are on their own.

Ghost Protocol has some astounding stunts. And when I say astounding, I think my fingerprints were permanently imprinted on my husband’s arm. You’ve seen the previews with Tom Cruise scaling the exterior of a 100+ floor building, that, my friends, is merely the beginning.

This is definitely a movie worthy of date night. Not a boring moment to be found, and actually a sweet moment at the end of the movie. I rate this movie 5 out of 5 stars for the sheer entertainability of it. Great special effects, strong story line, great directing and great acting, throw in the amazing editing job done and Paramount has a blockbuster on their hands. And yes, it’s worth adding to the home library.