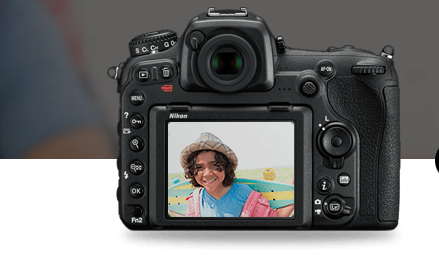 By Nikon, Special for  USDR

Today, Nikon Inc. announced its new “Show Your Love Some Love” integrated brand advertising campaign that encourages people to embrace and share what they love through incredible images. The campaign kicks off today with a television ad titled “World of Likes” that asks, “in a world of likes, what about loves?” This is the guiding concept behind Nikon’s newest brand campaign, created by  Cramer-Krasselt.

The campaign marks an evolution in direction for the Nikon brand as it moves to celebrate and inspire those who live according to their passions, whether it be cooking the perfect dinner, backpacking through Europe or simply spending valuable time with family and friends. While nearly everyone carries an image capturing device, our “loves” deserve to be captured with a quality that reflects that love; they deserve to be captured with a Nikon  camera.

“The Show Your Love Some Love campaign is all about tapping into the intense emotional connection between us and our passions – the things we live for, and the amazing stories behind them,” said Lisa Baxt, Associate General Manager of Communications at Nikon Inc. “In an age where we communicate largely through images, ‘likes’ have become a form of social currency, the things that one truly loves should stand out and be captured and shared with the best possible image  quality.”

For Nikon, the goal of this new campaign is to empower passionate people to create better memories with images that do their “loves” justice. Research conducted by Cramer-Krasselt found that while people appreciate the convenience of capturing moments on mobile devices, there is a strong desire to go “all in” on their hobbies and things they love. However, many do not document their passions with the same care they bring to actually doing, creating, or participating in them. Quality photography can help us distinguish between “any other image” and the moments that should be captured in a quality equal to the emotion and importance of one’s  passions.

Beginning in March 2016, the campaign creative will appear on-air, in cinema, across digital media platforms and in print in the United States. During the campaign, consumers will be encouraged to share their personal “loves” using #NikonLove with many submissions used to curate a gallery of inspirational images on www.nikonusa.com, starting March 21. Sharing is an integral part of the photographic experience and Nikon recently announced innovative new SnapBridge connectivity, that will make it easier than ever to seamlessly shoot and share amazing images with friends and  family.

About  Nikon
Nikon, At the Heart of the Image™. Nikon Inc. is a world leader in digital imaging, precision optics and photo imaging technology; globally recognized for setting new standards in product design and performance for an award-winning array of equipment that enables users to tell their stories through amazing photos and videos. Nikon Inc. distributes consumer and professional digital SLR cameras, NIKKOR optics, Speedlights and system accessories; the Nikon DL series of premium compacts and COOLPIX® compact digital cameras; 35mm film SLR cameras; Nikon software products and Nikon sports and recreational optics as well as the Nikon 1 compact interchangeable lens camera system. Nikon Corporation, the parent company of Nikon Inc., recently announced the production of 95 million NIKKOR lenses in 2015, creating a new milestone in Nikon’s heritage of superior optics. For more information, dial (800) NIKON-US or visit http://www.nikonusa.com, which links all levels of photographers to the Web’s most comprehensive photo learning and sharing communities. Connect with Nikon and other photographers on Facebook, Google+,Twitter, YouTube, Instagram, Vimeo and  Flickr.

About  Cramer-Krasselt
At C-K, our mission is simple: Make friends, not ads®. It’s how we helped Porsche’s first luxury sedan—the Panamera— become a smashing success and helped catapult Corona Extra to America’s #1  import.

Our friend-making mindset not only drives our ideas, it also drives our structure. We’re built without silos or competing interests to truly tap into an ever-expanding range of disciplines, from advertising to SEM/SEO to social to analytics—whatever it takes to create compelling brand experiences. This philosophy has fueled our growth, making C-K the nation’s second largest independent ad agency and placing us among the top 20 advertising and digital firms in the country with nearly 500 employees and almost $1 billionin annual  billings.