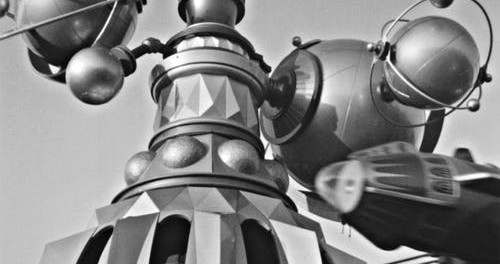 There has been a lot of debate over the years over the possibility of robots taking over the entire workspace in the future. Some reports have suggested rather alarmingly that over 800million jobs will be lost to robots in the next decade or so. That said, there is an emerging trend in robotics that has seen many experts see the whole situation differently. The use of robots that work alongside a human in what some like to call “robot-human symphony” is a welcome trend in the field of automation.

Many workers have always had this fear that they will be out of their jobs should their employer decide to automate some of the processes in the workplace. However, recent robotic implementations have shown that more jobs can be created by pairing workers with assisting or complementing solutions in the workplace. For instance, a recent study by the Australian Information Industry Association has shown that jobs will change but not disappear with the adoption of automation in the workplace.

Another report by Gartner also notes that artificial intelligence and robotics might replace about 1.8 million jobs but end up creating 2.3 million jobs by the year 2020. This is driven by the assumption that robots will end up playing a complementary role to human workers. This is precisely what collaborative robots such as those manufactured by Universal Robots are meant to do. Human workers will be freed by Ai in robotics to explore new avenues of creativity, which will lead to more job creation.

One of the critical goals of automation has always been output optimization. Early robotic implementations did hurt the job market as thousands of workers were replaced in assembly plants and factory floors. New robotic solutions are geared towards having humans using automation to enhance their workflow and free their mind for more creative tasks as the robots take care of the repetitive tasks.

Collaborative robots have opened up a whole new dimension in the workplace as they have allowed humans to achieve goals they would not have achieved before. For instance, tasks that would have taken days to complete are now completed in an hour. This is the case in some of the ultra-modern E-commerce driven warehouses by online retailers such as Amazon and Alibaba.

Why Companies Aren’t Taking Advantage of Robotics the Right Way

Numerous reports including a Deloitte report published in 2018 named “The Robots are waiting” have shown why small and medium-sized enterprises are not able to tap into robotics. Some of the reasons cited in the report include; lack of vision, ICT skills gap, process incompatibility and fragmentation, and lack of readiness, among others.

Curiously, the cost of implementation is no longer a barrier for these companies because new robotic solutions such as those being developed by Universal robots have made it affordable for SMEs to tap into the potential that is in robotics. To address the issue of skills, integration, and implementation, universal robots have also availed free online training for those who have an interest in learning how modern robots are deployed in the workplace.

The field of Ai and by extension machine learning has made huge strides in the recent past and robotics is one of its beneficiaries. While its widely accepted that robots have a long way to go until they can perform all the tasks a human expert does, collaborative robots are leading the way in making this a reality. Indeed, modern robotic arms and Cobots rely on instructions from human operators to “learn” how to perform a wide range of tasks on their own. In this way, these Cobots are helping enhance machine learning and pushing us further into the future when it comes to AI applications in real life.

Darshan Shah is a young entrepreneur, digital marketer and blogger. He’s founder of TheWebReach.com and providing Digital Marketing services like SEO, Guest Blogging and many more. He loves to help people to grow their business worldwide through his digital marketing knowledge.  He’s enthusiastic about creating blogs and writes creative content for the readers.