By  Frank Vernuccio, Special for USDR.

The President’s forced admission concerning his health care legislation, combined with the Benghazi  cover-up, the IRS scandal, and other misdeeds clearly indicates that the 2012 election result was based on unprecedented levels of fraud. 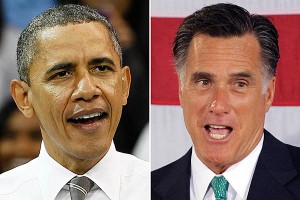 In May, this column raised the disturbing issue of the net effect of questionable White House actions, including misleading the public on a variety of domestic and foreign affairs, on the presidential campaign. At the time, however, what may have been the most contentious cover-up of all, the President’s repeated and explicit misstatements about the true nature of Obamacare, his signature legislative endeavor, was unknown.

In his recent statements, Mr. Obama had no choice other than disclosing the intentional dishonesties he rendered concerning his significant change to the American healthcare system. Any corporate CEO who acted as the president has would have been prosecuted for his crime.

The impact of his revelations has been so dramatic that several leading members of his own party and key Democrats in the U.S. Senate have distanced themselves from the Oval Office.

It is highly likely that if the voters in the 2012 presidential election had access to the facts about the true nature of this key White House initiative, the polling results would have been substantially different.

To determine the net effect on the outcome of the 2012 election, this salient healthcare cover-up must be combined with his other significant re-election misdeeds including:

The intention to mislead the voters was inadvertently admitted by the president himself. During his Korean meeting with Russian leader Dmitry Medvedev, Mr. Obama was famously overheard on a microphone he thought was off whispering that he would “be more flexible” following the elections, clearly indicating his intention to keep the U.S. public in the dark concerning a key area of national security.

History appears set to repeat itself. Mr. Obama’s (legally questionable) proposal to delay some of the most burdensome impacts of the new healthcare law until after the 2014 election cycle once again abuses executive powers for partisan political purposes.

Any single one of the president’s misdeeds far exceeds in seriousness the Watergate scandal that led to the resignation of President Richard Nixon. They also far exceed in harm to the body politic of the nation the statements made by President Bill Clinton, which led to an impeachment vote. Those two prior administrations were ravaged by the press and the Congress for their comparatively minor misdeeds.

Misstatements by candidates or incumbents, even outright falsehoods, are not new in presidential campaigns. Nor, unfortunately, are ballot-casting or counting misdeeds. However, the quantity, scope, and seriousness of these combined actions by Mr. Obama during his 2012 re-election campaign are without precedent.