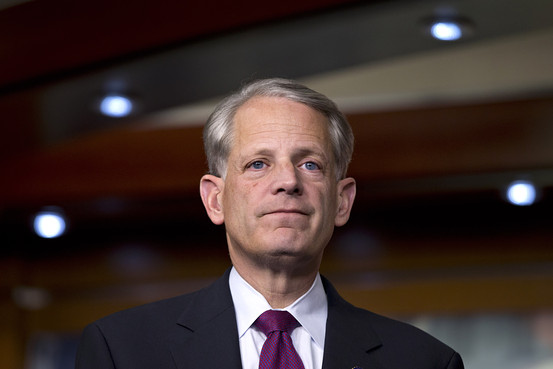 Today, Citizens Against Government Waste (CAGW) identified an overstuffed turkey just in time for a Thanksgiving feast fit for the taxpayers, naming Rep. Steve Israel (D-NY) its November 2013 Porker of the Month for his bird-brained statement that the Obama administration had solved all of the Affordable Care Acts problems. Rep. Israel’s unrealistic and uninformed statement occurred on November 14, 2013 in an article published in The Hillregarding the botched roll out of the Obamacare website, Healthcare.gov.

“It (the Republican legislation) is only necessary if it is designed as yet another attempt to ambush and sabotage the law.”

Israel’s comment preceded by one day House consideration of H.R. 3350, which “permits a health insurance issuer that has in effect health insurance coverage in the individual market as of January 1, 2013, to continue offering such coverage for sale during 2014.” When reporters asked his opinion on the legislation, Rep. Israel stated that the Obama administration already had everything under control, and that the Republican legislation was just another move to sabotage the Affordable Care Act (ACA). “It is no longer necessary to fix the problem because the administration has fixed the problem,” Israel said. “It (the Republican legislation) is only necessary if it is designed as yet another attempt to ambush and sabotage the law.” H.R. 3350, the “Keep Your Plan Act,” was passed with bipartisan support on November 15 by a 261-157 vote.

Rep. Israel’s argument certainly came as a surprise to the American people. McKinsey & Co.warned senior White House officials in April of the inefficiencies that would occur if the Obamacare website roll out was launched as planned. Between 4 and 5 million Americans (and counting) have lost their existing healthcare plans since October 1, and just over 106,000 have enrolled since November 1, which is far below the administration’s estimates. In the face of both growing discord from even members of the Democratic party, and anger from the American people, who were misled by President Obama’s pledge of “if you like your plan, you can keep it,” it seems as though the administration is far from securing a permanent fix to anything.

President Obama’s approval ratings have reached a record low of 37 percent, while only 7 percent of Americans think Obamacare is working well and should be kept in place. Rep. Israel is the man tasked with winning back the House majority for Democrats in 2014. As chairman of the Democratic Congressional Campaign Committee (DCCC), his statement indicates that he is desperately trying to salvage the political hides of those panicky members who unwisely supported Obamacare, and to advance the political interests of his own party, instead of wrapping up the rotted parts of ACA and throwing them out. But he probably can’t even give away the DCCC’s free “I Love Obamacare” bumper stickers at this point.

Although there have been an array of dishonest and downright misleading claims made regarding Obamacare in the last month, Rep. Israel’s statement is not only ignorant of the truth, but blatantly disrespectful to the majority of Americans who look unfavorably on the law. Obamacare is the over cooked, dry turkey of a federal program that Democrat’s are trying to shove down the taxpayers throats for Thanksgiving dinner.

For having uttered this patently partisan and preposterous statement, CAGW names Rep. Israel its November 2013 Porker of the Month.