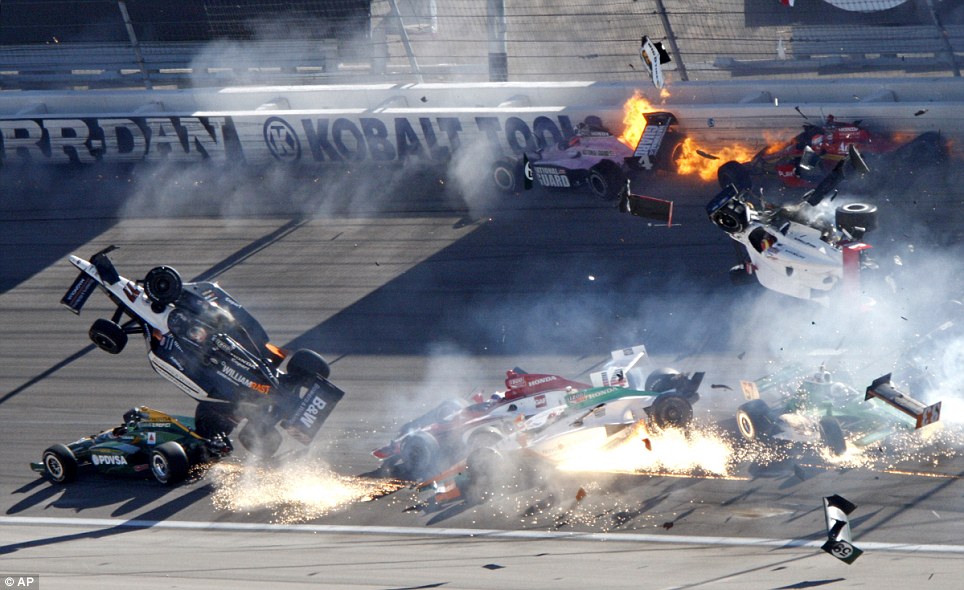 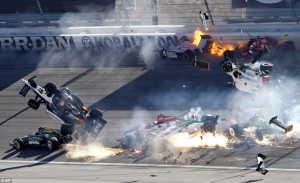 The devastating crash at the Las Vegas Motor Speedway that involved 15 cars on October 16th has been high on the news agenda since it occurred. There has been lots of talk about the circumstances of the race, and doubts have been raised about whether the race should have been allowed to go ahead. In hindsight it is always easier to see problems and blame them for what happened, but it seems there was real concern among the drivers and race organizers about the safety the race.

It has now been revealed that there were a number of contributing factors to the disaster at the Las Vegas Motor Speedway. Many people involved in motorsports have expressed grievances at the amount of cars allowed to race so fast on a relatively short track. Speeds of 220 mph were exceeded by the Indy Car racers, leaving no room for error when they sped around the narrow oval track.

The Formula 1 chief Bernie Ecclestone spoke to a reporter from the UK Daily Mail newspaper concerning the ill-fated race. He said. ‘We would never have let that race take place in Las Vegas last week. With 34 cars racing on a 1.5 mile oval track, they were heading for disaster.

Mr Eccelstone has not been the only person involved in motorsports to speak out about the unsuitability of the Las Vegas track for IndyCar racing. Mark Blundell, who has previously raced in both F1 and IndyCar competitions, said that holding an IndyCar race at the Las Vegas Motor speedway was a “recipe for disaster.”

There was a mixture of seasoned and inexperienced drivers on the track that day, and not one of them was given enough time to get used to the circuit. They were all given just three hours and fifteen minutes to practice on the track, and none were on the track the day before the race.

For driver Wade Cunningham it was his fourth career start, and for Pippa Mann is was only her third career start. She spent Sunday night in hospital recovering from here injuries along with other drivers involved in the crash.

Dario Franchitti has won the Indianapolis 500 championship four times, and expressed his frustrations shortly after the accident. “I said before we tested here, having driven a stock car here, that this is not a suitable track and we’ve seen it today. You are just stuck out there and people get frustrated and go four wide and you saw what happened, one small mistake from somebody and it’s a massive thing.”

The news of the popular British driver Dan Wheldon’s death sent shock and sadness through the motorsport industry. He was airlifted to hospital shortly after the crash but there was nothing that could be done. The Clark County Coroner Michael Murphy revealed that it was a blunt head trauma that had killed him.

Dan was the only driver to accept a challenge proposed by the race organizers. He was to start from the back at the race start, and would win a $5 million prize purse if he could overtake the other 33 cars on the course. A mansion, cruises or sports cars, could have been going through his head when he accepted the challenge, and it obviously gave him a large incentive to race hard and fast. But according to driver Andretti Green drivers in the race were taking dangerous risks early on in the race. After the race he said, “I could see within five laps people were starting to do crazy stuff.”

Dan had talked to other drivers and event organizers about his worries that the track would become too cramped with so many cars on such a small circuit. He also mentioned that the speed the cars would be racing was a real concern, but his love for motorsport meant he still continued to race.

An investigation into the crash is now being conducted by Izod IndyCar Series to find out the exact facts of the circumstances that led up to the crash. They have said independent investigators will be used and the information will be analyzed by a third-party group with no affiliation with the IndyCar Series. It is thought the entire investigation will last several months, but with the findings they hope to avoid anything like this happening again.