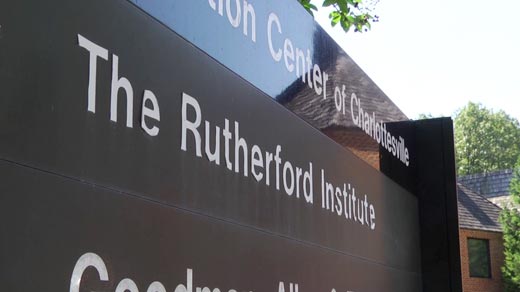 On Wednesday, the Rutherford Institute announced it has come to the defense of a 10-year-old boy who was suspended under a school zero tolerance policy for shooting an imaginary “arrow” at a fellow classmate, using nothing more than his hands and his imagination.

Additionally, Rutherford Institute says the student has been threatened with expulsion for his make-believe actions, which were a response to another student “shooting” an imaginary gun at him:

“Johnny Jones, a fifth grader at South Eastern Middle School, was suspended for a day and threatened with expulsion under the school’s weapons policy after playfully using his hands to draw the bowstrings on a pretend ‘bow’ and ‘shoot’ an arrow at a classmate who had held his folder like an imaginary gun and ‘shot’ at Johnny. In coming to Jones’ defense, Rutherford Institute attorneys have asked Rona Kaufmann, Superintendent of the South Eastern School District in Fawn Grove, Pennsylvania, to rescind the suspension and remove all references to the incident from Jones’ permanent school record.”

“We all want to keep the schools safe, but I’d far prefer to see something credible done about actual threats, rather than this ongoing, senseless targeting of imaginary horseplay,” said Rutherford Institute President John W. Whitehead.

The Rutherford Institute has given Superintendent Kaufmann until Dec. 13, 2013 to respond to its letter, after which the Institute will advise Jones’ parents on how to proceed.