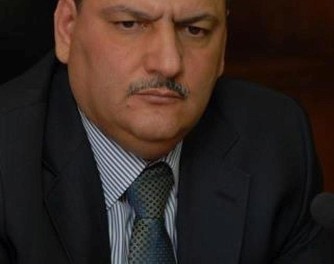 By Office of Dr Riad Hijab, Special for  USDR

General Coordinator of the Supreme Commission for  Negotiations

Following his meeting with the UN envoy to Syria, Staffan de Mistura, Dr. Riad Hijab stressed that the discussion was constructive and useful.  The meeting allowed the delegation of the Supreme Commission for Negotiations to convey the vision of the Syrian opposition in regards to the political process and ways to contribute towards: restoring peace, ending the war, and all measures required for the transition period to succeed in establishing a pluralistic system, representative of all the Syrian people; where Bashar al-Assad and officials of his regime have no role in any future political arrangements, based on the principles declared in the Riyadh Conference statement, and the terms of Geneva Communiqué (30 June 2012), which provided for the creation of a transitional governing body with full executive  authority.

In relation to the discussion regarding the process of selecting the opposition’s delegation, Dr. Hijab pointed out that the selection and formation of the delegation is testament to the opposition’s sincerity and unity, and to the international efforts to find a political solution to the Syrian crisis in order to stop the bloodshed.  Dr. Hijab further stressed the need to consolidate international efforts, albeit Security Council resolution 2254 left serious loopholes which allow the regime and its allies to continue bombing and targeting civilians regardless of the negotiation  process.

Dr Hijab added: “I expressed my doubts to Mr. de Mistura of the feasibility of negotiating with a regime that has lost its sovereignty and maintains only repression via its killing machine; the regime’s foothold has declined as it scarcely controls 18 percent of Syrian territory; it has lost control over most border crossings, supply and transportation routes; over half of the Syrian population lives outside the regime’s control, while international forces, cross-border militias and groups of mercenaries and terrorists  fight on its  behalf. ”

Dr Hijab affirmed to Mr. de Mistura that the intervention of some international powers in launching air strikes and fighting on behalf of the regime poses additional burdens and challenges to the international community whilst attempting to reach agreement on a cease-fire and delivering aid to the affected areas – where some five million Syrians have now become refugees in neighboring countries, and about 6 million others are in areas outside the control of the regime. It is evident that the regime remains intentionally oblivious to the suffering; after all it was this same regime that caused the exodus in the first place, targeting civilians with barrel bombs and systematic  shelling.

Dr Hijab reaffirmed the urgency for total adherence to Articles (12) and (13) of Security Council resolution 2254 before embarking on further preparations for the negotiating process; in particular, lifting the siege imposed on cities and besieged regions in order to enable humanitarian agencies access to deliver aid to all those in need, releasing all unlawfully imprisoned detainees, the cessation of aerial and artillery bombardment of civilians and civilian targets, for all parties to immediately honour their obligations under international law, including international humanitarian law and international human rights law, and other goodwill and confidence-building measures with which negotiations may be  possible.

Dr Hijab further stressed to Mr. de Mistura the need to persuade allies of the regime to put an end to their aggression on the Syrian people under the pretext of fighting terrorism, and to withdraw their veto of UN resolutions which aim to stop the fighting; this would in turn lead to an effective end to the fighting and allow coalition forces to tackle the real source of terrorism.  Doubtless negotiating with the regime on these issues will not bring about any of the desired results because the regime no longer has full sovereignty or authority to negotiate, as it has become unable to exercise control over its own political and military  decision-making.

Dr Hijab reiterated that the Supreme Commission for Negotiations is in the process of consulting with friends and concerned parties to stop the bloodshed in Syria, and to bring about an atmosphere conducive of peaceful negotiations, through: ending the fighting, the creation of an internationally supervised mechanism which ensures that all parties abide by agreements, to work for the exit of all foreign forces from Syria, to secure the border crossings and supply routes, the provision of safe areas, the delivery of aid to the affected areas, and to tackle and manage all other issues that have become outside the regime’s  control.

Dr. Hijab requested the UN envoy to keep him informed of any developments concerning the implementation of Articles (12) and (13) of Security Council resolution 2254.  He reiterated his full cooperation and support for the launch of the political process and his sincere desire for its  success